Hello and welcome to The Sunday Selfies!

We are joining The Kitties Blue, from The Cat on My Head blog, for the weekly celebration of blogs and bloggers from across the world and across the species.

To join in, get the Linky-Link code from their website, add it to your page, and enjoy the hop!

It was a cold wet and windy Sunday afternoon in Much-Mousing, and the village and Palace were caught in the midst of a storm that had the skies a seething cauldron-like mass of coal-black clouds. So bad in fact that small children and sheep that hadn’t been staked down could be seen flying through the streets like tumbleweed.

Within the Palace, all was as one might expect: roaring flames in the Great Hall, Mrs H in the kitchens making supper, and I was sat diligently doing the estate accounts and writing my blog. OK so some of that may be wishful even speculative thinking on my part, but at some point, I will be doing that, so what’s the harm, right?

Anyways, there I was minding my own business and checking out a nice piece of carpeting amidst the chatter, clink of plates and sound of steam, when I spotted a hole in the floor. Just so you know I hadn’t taken up sleeping in the buffet car at the local train station, rather I was in one of the guest rooms listening to the wireless. The local radio station had a re-run of the classic black-and-white radio mystery, Murder on the Much-Mousing Express! I love a good mystery, especially as I am a budding sleuth, purveyor of stories and soon to be published authoress.

Suddenly, sinister whisker-chilling music filled the room. The plot had just reached the critical point with the conductor about to reveal who hasn’t bought a ticket, when the train enters a tunnel, the lights go out, and there is a bone tingling ear-piercing scream of a woman in distress. Clearly, she’d just tasted some of Mrs H’s cheap coffee and found it hadn’t been sugared. Thank goodness, I said to myself, such things do not happen here at the Palace.

Suddenly the lights flickered and then snapped off, and the room went dark. I checked to make sure I hadn’t closed my eyes, and finding I was wide awake, I looked around. All was quiet, and still dark. I went to the window and looked at the village from behind the blackout curtains and saw that the street lights had gone out also, and despite the storm-force wind, the windmill had stopped turning. Things clearly were really bad, and I made a mental note to instruct Mrs H to change the three AAA batteries in its base come morning.

Whatever the problem was, it seemed like there was nothing I could do to investigate, well nothing that couldn’t wait till morning and fine weather. Suddenly—though for the life of me I have never heard of a scream that wasn’t sudden—there was a scream followed by a crashing clatter from the kitchens.

Had there been foul-play and murder, I wondered? Was this part of the script? I thought long and hard, and hard and long, and after some additional carefully consideration, cogitation and disection of the evidence (and the fact that the wireless was off due to the power outage) I surmised that it—the scream and clatter—were not on the train on account of it sounding suspiciously like Mrs H’s scream and the distinct sounds of a Sunday pot-roast being dropped on the floor.  Alas, I mused, supper would be late.

What to do? I pondered a moment longer and it came to me— the backup power supply. I needed to find its switch, and fast, else not only would I not hear the end of the mystery, but crucially any chance of a hot meal would be history, like the roast.

I walked around the pitch-black room looking, or rather feeling for the exit. I guessed the train must still in the tunnel, either that or as this was an old B movie they probably just forgot to put a penny in the meter. My money would have been on the latter, or maybe the former. Either way, the tunnel needed to end soon as my tummy was rumbling. Eventually, I bumped into something familiar, hard and wooden—the door. I sat and gave myself a quick groom in appreciation of my skill and olfactory prowess in a crunch situation, and to massage my now sore nose. 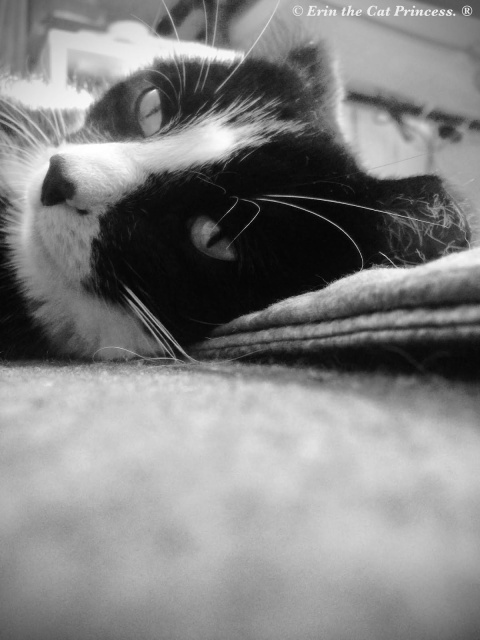 Would you credit it, just as I was getting used to the dark, the lights went on again. I looked around casually, as much to look for intruders as to make sure nobody had seen me try to open the wardrobe instead of the actual door.

Thankfully, besides the hole, the room was still empty. No bodies or blood and definitely no afternoon tea for me to polish off. The wireless crackled into life, but the play had finished and the announcer heralded the latest weather forecast—more rain and high winds. I sighed, and it was then another sound came to my ears, the unmistakable rattle of broken pot on dustpan, followed by the clink of the teapot being put on the hob.

The mystery of the hole, I said to myself as I passed it by on the way out the room, would have to wait. At least until after a nice cup of tea, supper and a nap. . . . 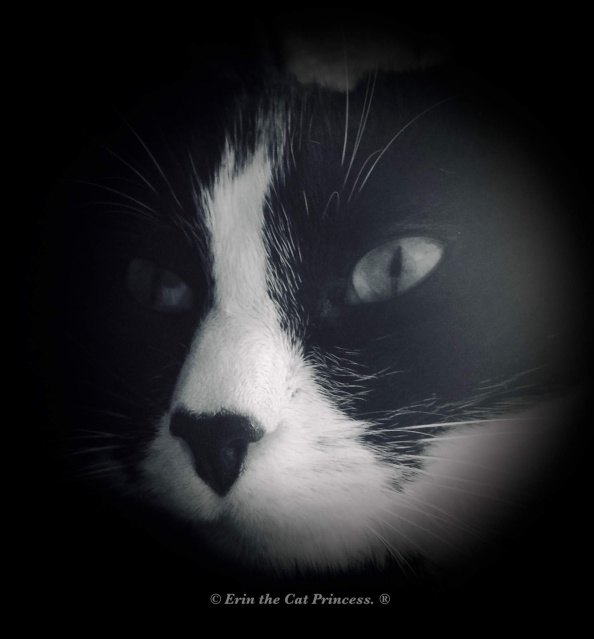 What do you think was in the hole?

More importantly, who do you think did it?

Even more importantly, does anyone have a spare pot-roast, and pot?

Please leave your suggestions in the comments below, the spookier and or funnier the better.

Thank you for visiting, and we hope you enjoyed my nickelodeon monochrome mystery.

To see what our international blogging pals have been up to this week, be they murders, musicals, comedies, or romances, please click the links below, and enjoy the Hop!

11 thoughts on “Murder on the Much-Mousing Express!”