Mrs Hudson took her time drinking the water, and as she did, she scrutinised the Companion area beyond the rope. In the relative silence of the now emptying store, she could hear quite well the various animals. In fact, she managed to identify, some of the bird calls. As to kittens, well neither she or Erin could see or hear anything. 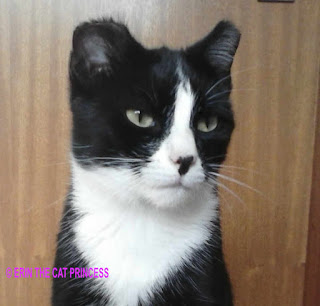 Checking her watch, she stood up and then wheeled the two cats to the elevator and pressed the down button. Once within, Mrs Hudson instructed Esme to jump out and stay there until they were out and headed to the main doors. Esme was then to go around to the delivery door, the one she let her mamma in by, and hide. As soon as she heard the clock strike seven, she was to release the latch and then let them back into the store.

The lift pinged its arrival at the ground floor and the first part of the plan went off without a hitch. Esme waited as instructed, until she could see nobody nearby, and then darted out. Keeping tight to the walls and dodging behind pillars and plant pots, she made her way to the service corridor and then to the rear of the store.

Poorly stacked packing crates, to one side of the door, provided the perfect hideaway for a petite cat. She squeezed through a gap and curled up in a tiny space behind, to await the seven chimes of the nearby church clock.

Mrs Hudson returned the postal trolley to Mr James and then made arrangements to collect her new outfit. This took somewhat longer than expected, so by the time they left, only a handful of staff remained.

They walked slowly along the store frontage, and perused the displays within. Then, having run out of frontage, they crossed over and looked into the windows of the shop opposite. In actuality they weren’t looking not in the window, but at the reflection of King Herod’s front door. One by one the last of the staff left the building, followed by Mr James and then Mr Herod. The night security guard had entered just before Mr Herod left, and locked the door after him. Not long after, floor by floor from the top down, the main lights in the store started to go out.

Mrs Hudson smiled, and walked away along the row of shops. Moments later, and having purchased a copy of the London Evening Chronicles newspaper, the pair entered a small but cosy tea house further up Kensington High Street. They decided to have a window seat, and then ordered a large pot of nip tea, and three very large and tasty cookies, but saved one for Esme. Whilst the sat and drank, they perused the paper, working their way from front to back, twice in fact! It was on the second reading that Mrs Hudson picked out a small and interesting advert in the Lost & Found section. It was, she told Erin, an advert requesting kittens. “Promises that good homes await, and will supply first class education and two square meals a day for aspiring kittens. No references needed, or parental signature required.” This they both agreed did not seem right. She noted the details and then made a call from the public telephone booth in the corner of the tea room.

Just as she returned, the clock outside chimed the quarter hours. In fact, and much to their combined horror, it chimed six forty-five! “Erin quick, we must dash otherwise we won’t get back into the store! I’ve paid the bill so all we need is to get ourselves there. Hop in and we’ll be off.”

“But what about the litter tray, Mrs H? I do rather need it now after all that tea.” Erin indicated her crossed hind paws.

“OK, but do be quick, dear. I shall have to go myself, as now you’ve said it, I seem to feel the need to use the conveniences too!” They both darted off to their respective places, Erin’s litter tray being signposted at the rear of the tea room. As conveniences go, this was very nice indeed, and sat behind a very tasteful Burberry patterned fabric screen. It also had a soft mat in front to capture any stray pieces of litter, and a sign over which said, ‘Now Please Wipe Your Paws!’ Erin duly did and then raced back to find Mrs Hudson waiting for her. She jumped up into the carrier and, having bid goodbye to the lady who ran the shop, hastened their way out into the quiet street.

The clock, and distance, was against them. Mrs Hudson muttered to herself as she tried to walk discretely yet quickly down the road to Herod’s. As she turned into the side street that lead to the back of the store, they picked up speed and she apologised to Erin for any bumping that she might feel.

They were within one hundred feet of the stores back entrance when the bells started to chime seven o’clock. But if time had was against them, and just as Erin saw the back door swing slightly ajar, Mrs Hudson tripped over a loose cobble. The carrier went flying forwards, and bounced then rolled along the street and came to a stop, not far from the open door.

Erin, slightly shaken, jumped up and clear of the basket. She was about to head back to check on Mrs Hudson when she heard steel studded boots in the adjoining street, heading their way. She looked this way and that and then at Mrs Hudson who, motioned with a nod of her head and a wave of her hand, that she should go on in.

Slightly stunned by her own lack of care, and resultant fall, Mrs Hudson sat for a while on the cold street. Gathering her thoughts, she decided to wait and see who the person was before moving off.

As it happened, the shadowy figure that turned the corner was the store’s security guard. He was whistling a little ditty, and froze when he saw the fallen figure. And then quickened his pace towards her.

“Young man, quickly please, I seem to have fallen and twisted my ankle,” she said as she gestured to him to come over. With his focus firmly now on the the fallen lady, he ran past the back door, and didn’t notice it was very slowly being drawn shut. A dull metallic click from the latch, told Mrs Hudson that both Erin and Esme were in the store and no long at risk of being discovered, for now at least.

“Are you alright, Mrs… er… Madam?” the guard asked, as he lent down to put his arm around the elderly and slightly ruffled lady he saw before him. “Looks like you’ve taken quite a tumble there. What was a nice lady such as yourself doing down here at this time anyways, it’s hardly a place for gentlefolk, or nannies.” He smiled at her, and then noticed the empty cat carrier along the road, and went to retrieve it for her.

“I seem to have lost my charge,” she said, dabbing a hanky to her eye to feign a tear. “A very sweet tuxedo cat. I thought I saw her run down here after a mouse but she has vanished. I don’t suppose you saw her did you? She has a pink harness on and answers to the name of Erin, or Princess.” 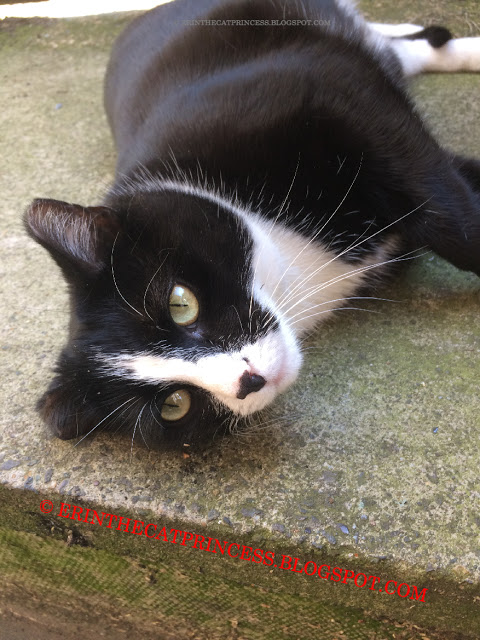 The guard smiled, as he looked at the crumpled skirts and skew-whiff hair of the woman before him. She’s probably been at the sherry or just plain crazy, he sighed to himself. But on seeing the King Herod’s paper bag poking out from her large handbag he thought to air on the side of caution. It was, he thought, most likely if she shopped at the store she was one of those devoted band of cat nannies. Cat nannies who, like the human nannies, were hired by the aristocracy and the very well-heeled. There could be some profit in it for him too. Not the heavenly kind his mother always lectured him about for being polite, more the earthly cash rewards.

Helping her to her feet, he bade her rest up for a few moments, and lead her to some packing cases to sit on, whilst he went off and checked for the cat called Erin. Mrs Hudson eyed the boxes, and then wiped her gloved hand across their smooth tops. Finding them to be new and dust free, she sat down on the smaller of the cases, labelled ‘Mode di Milano, Italia’, and had a think.

Sometime later, but not having checked for Erin, the guard returned. He had, once out of her sight, been having a cigarette and a talk with a man in a truck around the corner. Pretending to be out of breath, and in his most solemn and sincere tone, he advised he’d checked the adjoining area and there was no sign of any cats, let alone one called Erin. “I shall report this matter to the local police for you, madam, and to the store manager in the morning. I’m sure she won’t have gone far. In the meantime, I do think it wouldn’t be proper for you to be out any longer on a cold night like this. I’ll get you a taxi to take you to your hotel.” Mrs Hudson nodded, and allowed herself to be led by the arm back to the front of the store.

“Thank you, young man, that will be most kind. Please do keep a look out for Erin though, if you will. There will be a sizable reward when she is found, for sure.” She smiled at the guard, and once more stood for a moment to catch her, not so short, breath. “Oh look, a taxi. Could you hail it for me please?”

The guard turned and saw the amber glow of the For Hire sign, cyclops like, in the roof of one of London’s famed black cabs, coming into view not far away. As he ran out to hail the cab, Mrs Hudson looked back at the store and prayed that Erin and Esme were up to the task ahead of them. She also prayed that what might be in store, in the store, was not as she feared and their very lives at risk. 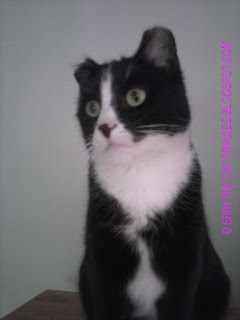 As the cab drove away, Mrs Hudson turned and watched the store slide into the darkness of the night. A look of contemplation came across her face, and she took out a calling card from her handbag and checked the address. Touching it to her lips, as though having a momentary doubt, she put it away and knocked on the glass window behind the driver.

She had deliberately, for the sake of the security guard, asked the cab driver quite loudly, as some elderly and deaf folk are prone to do, to take her to the Ritz Hotel. Now, in a much more gentle tone, and with a promise of an extra shilling for his trouble, she asked the driver to head for Kensington Barracks.

What will happen to Esme and Erin now they’re on their own? Or will they just have a long nap till next weeks chapter? Has Mrs H packed any arnica cream for the nasty bruise she will have in the morning? And what is that security guard up to? Join me next week when we delve deeper into this mystery adventure, and the dark sinister inner recesses of King Herod’s store!